When Omneky partnered with Nelo, the financial platform with the mission to bring the buy-now, pay-later attitude to a modern app solution. Nelo is a buy-now-pay-later (BNPL) solution for e-commerce sites in Mexico. WIth the Nelo app, customers can make purchases from big time e-commerce platforms just as Spotify, Netflix, and their latest venture, Steve Madden.

Nelo had a rare opportunity to break a large market as one of the inaugural buy now, pay later applications in Latin America. To capitalize on this, Omneky’s initial strategy was to use already existing creative to help evolve the brand of the startup through A/B and creative testing. Once Nelo was able to attain lower cost per lead on Facebook with a library of evergreen ads, Omneky expanded audience capture to capture down funnel events like lead and in-app purchases from our leads campaign. As we continued to optimize ad creative, we were able to obtain cheaper costs, down funnel costs, and eventually expanded to both Google and TikTok using similar advertising strategies.

In its first month, Omneky was able to help Nelo slash the cost of acquisition by a third for sign-ups on Google. Additionally, ad testing already landed comprehensive results in the first round. On Google, Omneky helped Nelo ascertain that ads in the 30 second range garnered the cheapest cost of acquisition at half the cost per lead of a 10 second video.

Through multi-platform integrations, we are also able to better test time-of-day placement of ads, different avenues of channels, and geographic fencing.

Thus, Omneky is able to iterate on past success and continue to build communicative ads that both capture the attention of viewers and establish strong and informative copy tests.

Mexico-based banking platform Nelo wanted to keep low lead costs and maintain a stable influx of lead generation through multiple paid social platforms. With an initially limited library and multi-platform presence, Nelo was tasked with the necessity of exploratory ad creative as well to match their promotional content as well as delve into various audience tests. 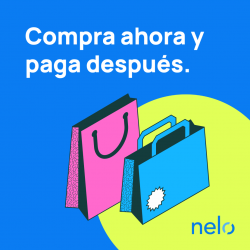